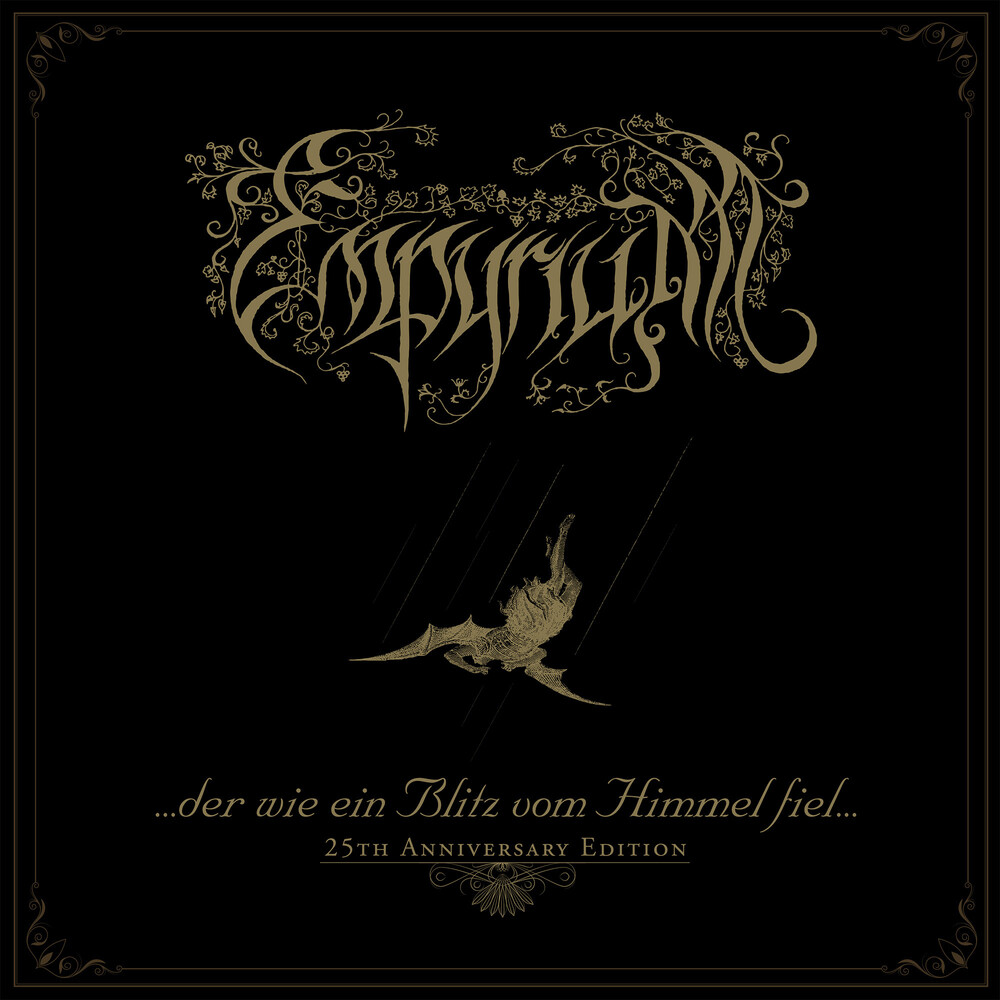 Empyrium first played melodic black metal and only later shifted to dark folk. "... ?Der wie ein Blitz vom Himmel fiel..." ("he who fell from the sky like lightning") was recorded on December 19, 1994, and released earlier in the following year. The Germans' first demo cassette, which became an underground success just by word of mouth in times before the internet, not only marked the beginning of a lifelong career in music for mastermind Schwadorf; it also triggered the foundation of Prophecy Productions and Klangschmiede Studio E, both becoming internationally renowned in their own right, but also served as a template for black-metal-infused sounds with lyrics inspired by the wonders and mysteries of nature that were picked up by many a band that came afterwards. After it's re-release on CD as part of the "A Retrospective..." set and separately in a wooden cigar box - both of which have long been sold out - "... ?Der wie ein Blitz vom Himmel fiel..." is now available for the very first time on vinyl (black, lim. Gold) with liner notes and photos from the band's early days.