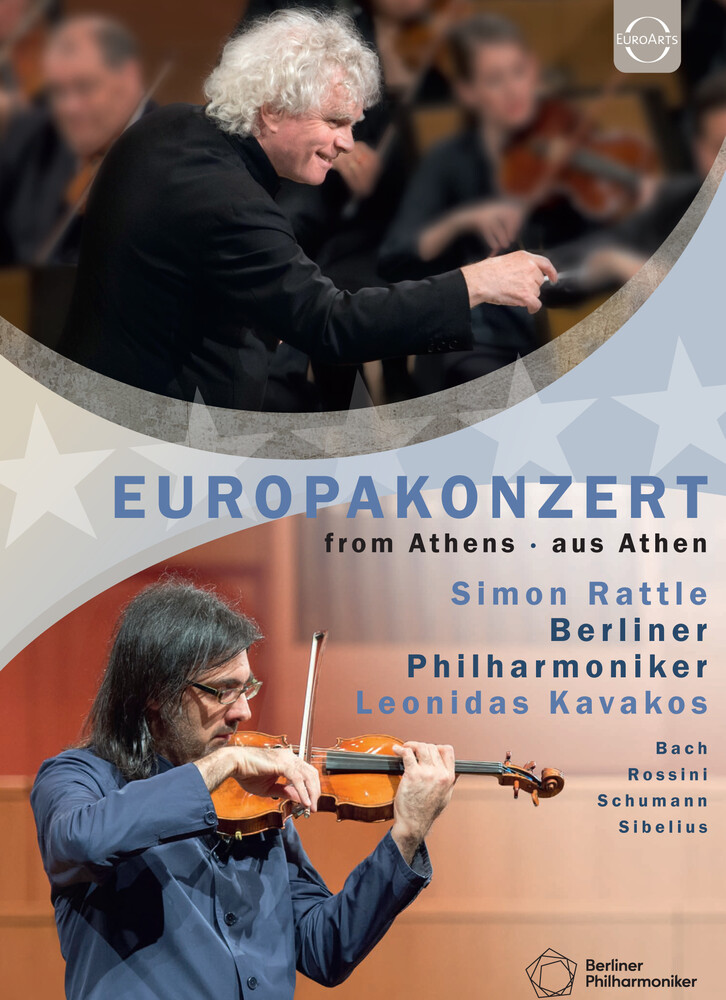 Blu-ray. The founding of the Berliner Philharmoniker on the first of May in 1882, is annually celebrated in an European city of cultural significance. In 2015 the Europakonzert takes place for the second time after 2004 in Athens, with Leonidas Kavakos joining the Berliner Philharmoniker for the Sibelius Violin Concerto and Bach's "Largo" from Sonato No. 3. The concert was a smash hit, stunning the audience on site in Athens. The soloist on this recording, Leonidas Kavakos won the ECHO Klassik Award in 2013 as 'Instrumentalist of the Year'.
back to top