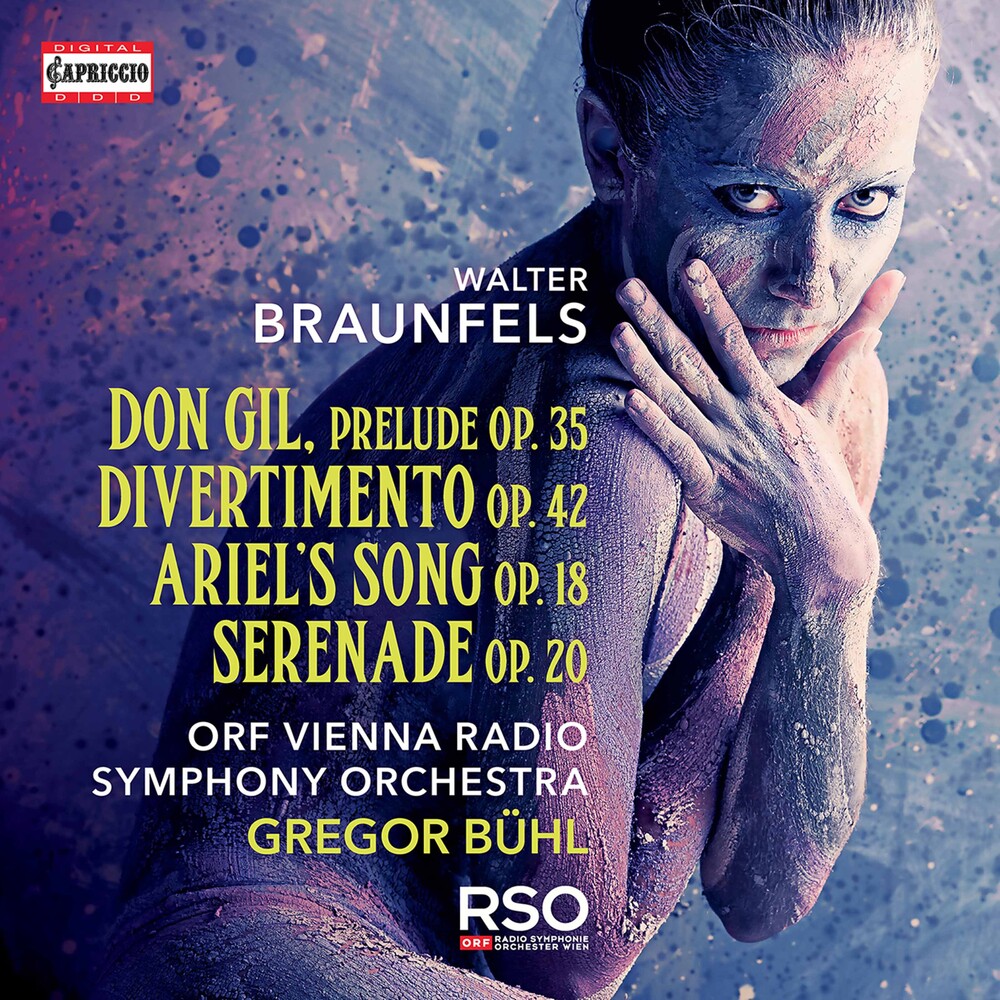 "Slightly the audience remember that I'm - as a descendant of writing tonal music - still alive and continue composing." (Walter Braunfels, 1946) Walter Braunfels is a composer whose music died twice: Once when the Nazis declared his music "degenerate art". Then again when post-war Germany had little use for the various schools of tonal music; when the arbiters of taste considered any form of romantic music - almost the whole pre-war aesthetic - to be tainted. This 9th release of Capriccio's Braunfels Edition shows us also an open-minded composer who experimented with Jazz elements in his Divertimento for radio-orchestra in 1929.