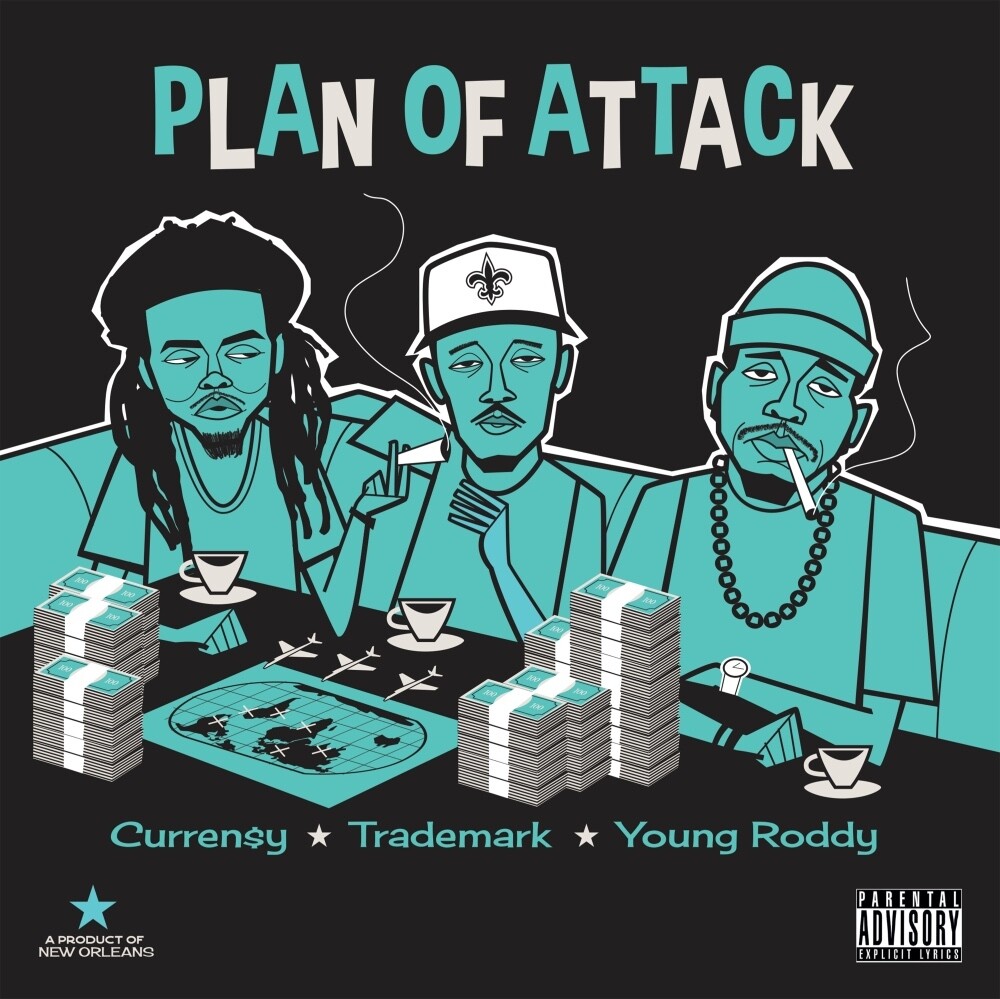 Curren$y, Trademark and Young Roddy have reconnected for Plan of Attack. Plan of Attack is a dream album for listeners of Curren$y, Trademark and Young Roddy. Fans across the globe rejoiced when the three artists reconnected for the album's title track last Spring, which marked the first collaboration from all three core members of the Jets in close to five years. A cursory search of social media will show that fans around the world yearned daily for a reunion, and now the three New Orleans legends are giving their audience exactly what they've demanded.Â  After releasing the widely beloved title track, "Plan of Attack," the crew quickly followed-up with the soulful cut "No Hook," and then planted their flag with the momentous third single "Power," which is quickly becoming a fan favorite. While many consider Curren$y, Trademark and Young Roddy to be the most beloved paper plane pilots in the game, they are also proving to be the most consistent with each subsequent release. As RapRadar suggests, "they're well prepared for a 2019 takeover."Â  Plan of Attack features production from long-time collaborators Monsta Beatz, Cookin Soul and Sledgren, with additional production from Djay Cas, 206derek, B-Eazy the DJ, Seth From Above, DZY, Guala Beatz and more.