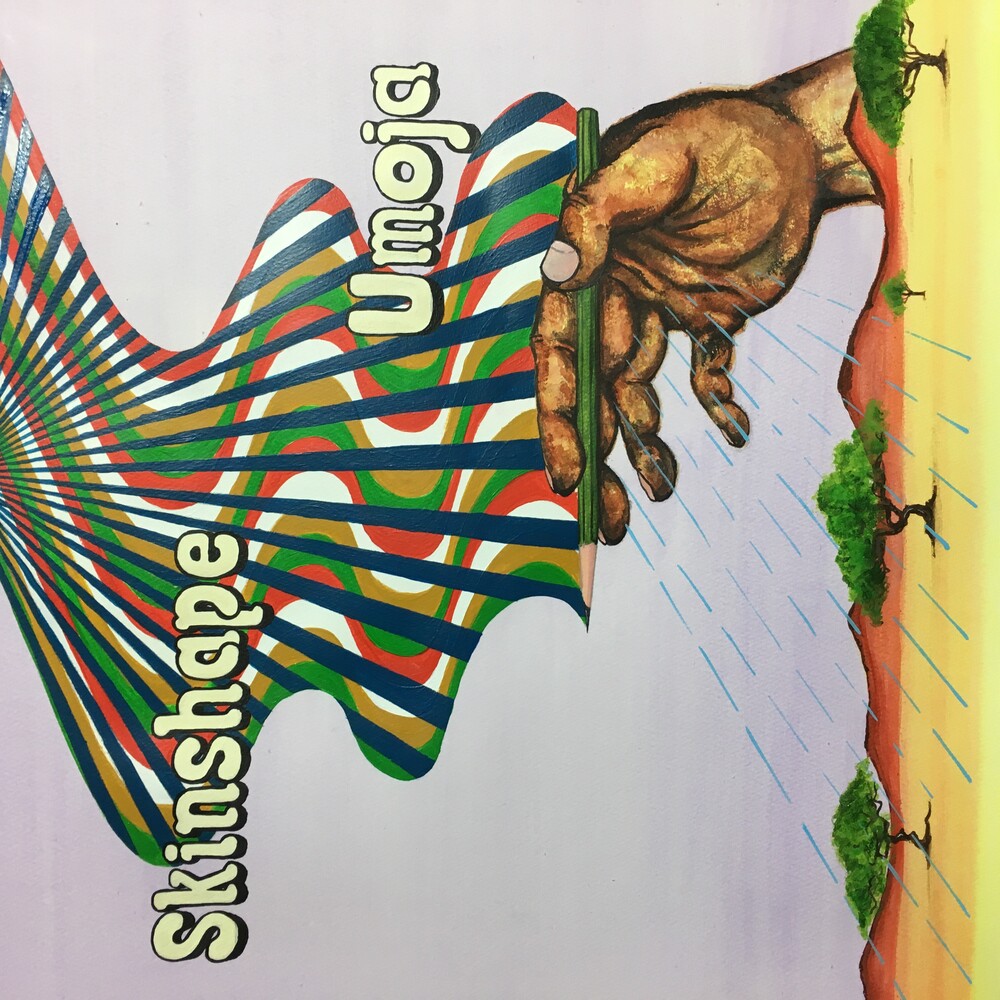 Fifth studio album featuring Malcolm Catto, D'Alma, Idd Aziz and Modou TourĂŠ. Includes the singles "Sua Alma", "In The End" and "Afande". On his most accomplished album to date Will Dorey, aka Skinshape moved out of his comfort zone to create a new sound while retaining his trademark feel. While Skinshape has often been influenced by African music, 'Umoja' directly incorporates styles and rhythms from the continent. Drawing on London's vast talent pool from across the globe, collaborators bring the essence of Senegal, Portugal, Ghana and Kenya via Norway to name but a few. The initial plan was to travel to various African nations to record 'Umoja'. This proved to be an unnecessary step because Skinshape's hometown of London ended up bearing many fruits. It was a challenging project for Dorey; taking a year and a half of dedicated work to complete with many ideas left unfinished along the way. The album has a very global feel which was enhanced at the end of the process by a collaboration with Japanese painter Ken-ichi Omura. Fans of Skinshape's distinctive voice will not be disappointed as he features on 'In The End' and 'Sun'. Long-time friend and collaborator Jon Moody (from the band Franc Moody) wrote the album's horn parts.