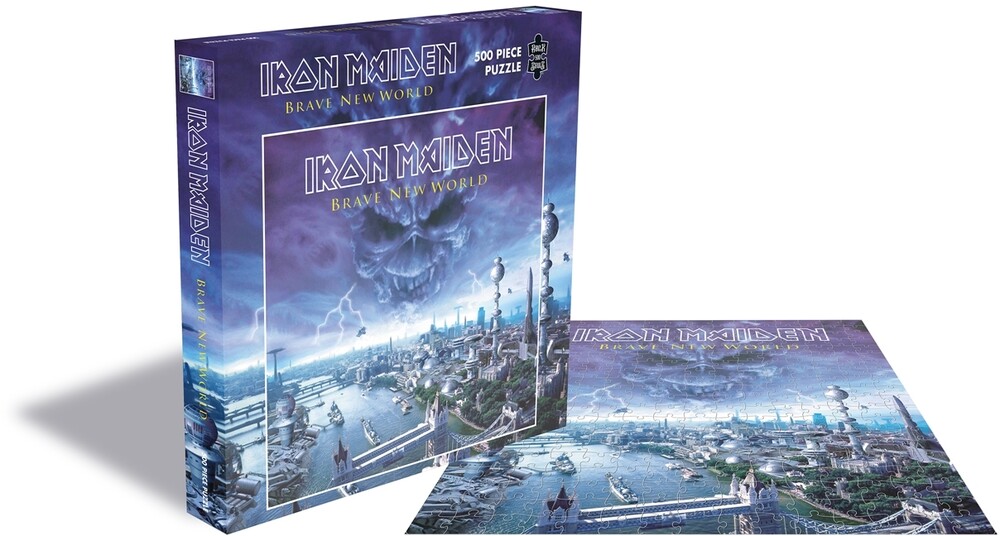 Released on 29th May 2000, "Brave New World" is the twelfth studio album by English heavy metal band Iron Maiden. It was their first studio release since the return of long-time lead singer Bruce Dickinson and guitarist Adrian Smith. The album peaked at No. 7 in the UK Albums Chart and has since been certified Gold. In the United States, it debuted at No. 39 on the Billboard 200. The album artwork and title song are references to the novel of the same name, written by Aldous Huxley. The upper half of the artwork was created by Derek Riggs, with the bottom half by digital artist Steve Stone. This artwork is now available as a 500 piece jigsaw puzzle printed on high quality board.500 pieces Weight: 490g Jigsaw size: 41cm x 41cm Box size: 30.9cm x 30.9cm x 2.8cm
back to top