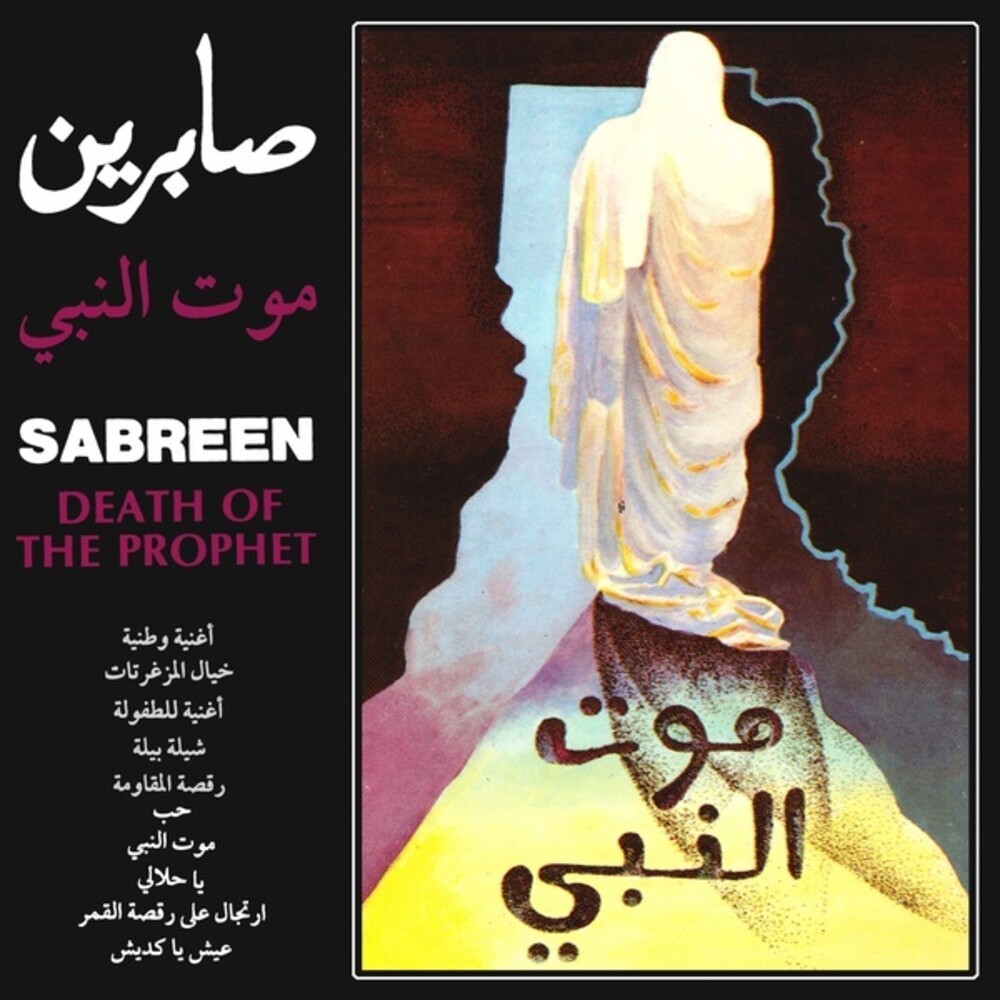 Death of the Prophet
Artist: Sabreen
Format: Vinyl
New: Not in stock
Wish

"Those awaiting", the name chosen by the musicians of Sabreen, still rings true forty years after the foundation of this group in Jerusalem. Voice of the hopes as well as the anger of the Palestinian youth, this group has recorded four self-produced albums. With the weapons of poetry, they will embody the voices of resistance against the occupation but also the desire for emancipation from tradition. Emblematic of this state of mind, their second album Death Of The Prophet was released on cassette at the beginning of the first intifada. It will be the soundtrack, while providing the tuning fork of the future generations. Whether meditative beaches or collective outbursts, joyful outbursts or more serious moments, the band goes through the range of feelings, drawing it's inspiration from the sources of classical Arabic music and popular folklore. The result is a unique style, irreducible to any category. All that makes that forty years later, this cult album, never released on vinyl, remains very current. Including booklet with extended liner notes by Jacques Denis and rare photos.