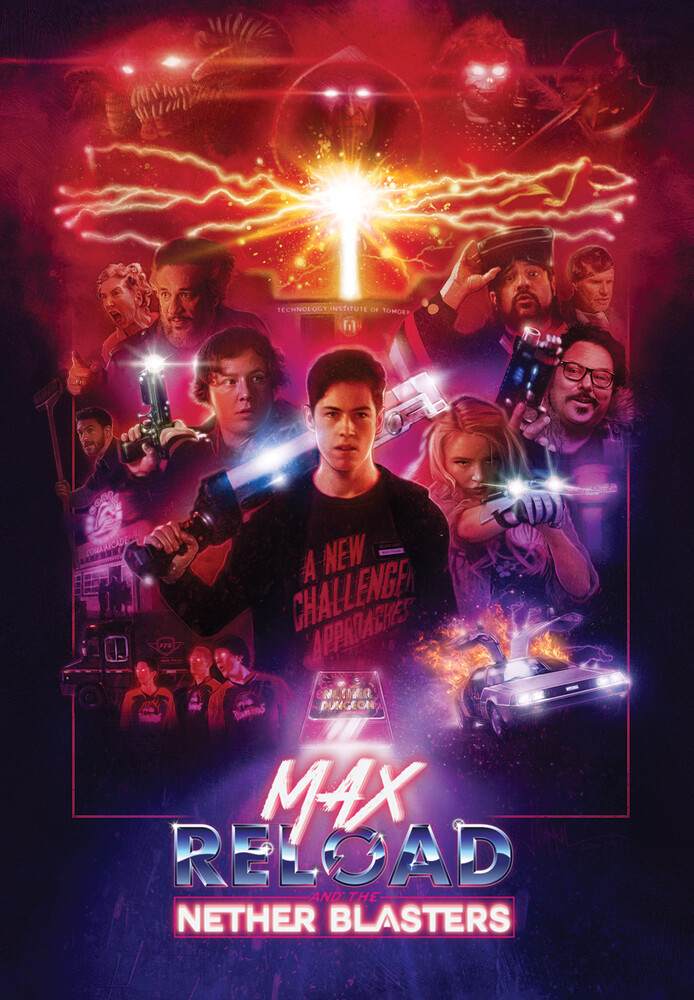 Max Reload And The Nether Blasters

A small town video game store clerk must go from zero to hero after accidentally unleashing the forces of evil from a cursed Colecovisionc video game cartridge...Max Jenkins' gaming fantasies collides with reality when a legendary "lost" installment of the 1980's "Nether Game" series appears on the store counter of his workplace. Unbeknownst to Max, the old game cartridge bears a "Curse of The Ages", and in playing it, he has just unlocked "The Nether", an ancient malevolent force of evil upon his small hometown.Along with a mysterious masked man and his two best friends, Liz and Reggie, Max must figure out how to beat the Nether at it's own game before it's Game Over for humanity.