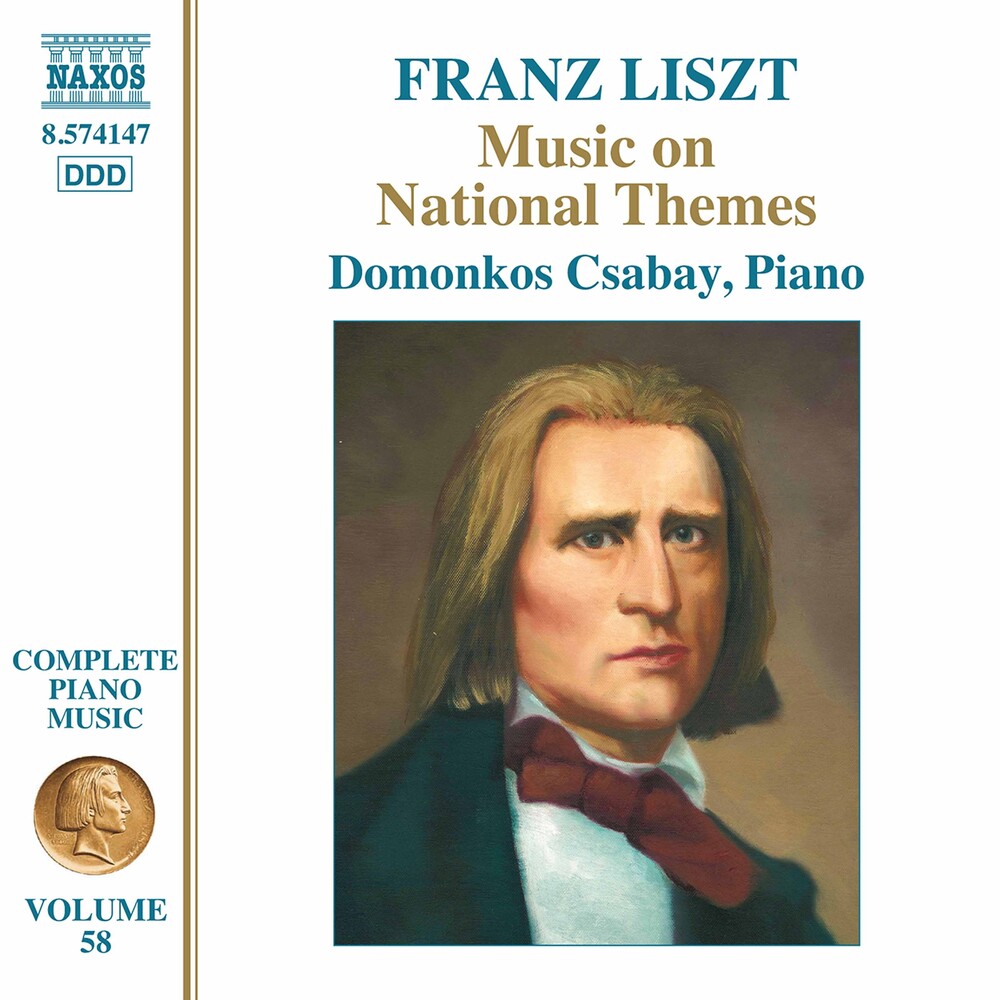 Volume 58 of the critically acclaimed Liszt Complete Piano Music edition spans Canzone napolitana and the Hungarian Folk Songs to a paraphrase of God Save the Queen. Includes numerous rarely recorded rarities. Performed by award-winning pianist Domonkos Csabay, a native of Hungary. This is his debut on Naxos. Based in the UK since 2015, Hungarian accompanist, rĂ©pĂ©titeur and chamber musician Domonkos Csabay performs a wide range of classical repertoire. Domonkos has won numerous prizes in the last two years, including first prize in the Brant (now renamed as 'Birmingham') International Piano Competition. He played as a pre-concert showcase performer for concerts by the City of Birmingham Symphony Orchestra and pianist Paul Lewis and made his debut on BBC Radio 3 in 2018, broadcasting the famously virtuosic Eroica variations by Beethoven.