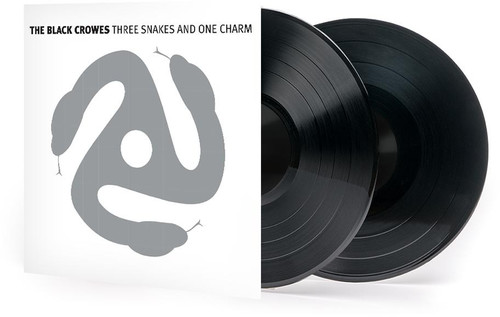 Limited double vinyl LP pressing of this album by the American rockers. Three Snakes And One Charm is the fourth album by The Black Crowes. It was released on July 23, 1996. Three Snakes garnered generally positive reviews upon its release. Rolling Stone magazine also gave the album three stars, noting that it "works best when it forsakes album-oriented pretension for singular clarity, from the oblique Beatles references on 'Nebakanezer' and 'Bring On, Bring On' to the Sly Stone-cum-Al Green funk of '(Only) Halfway to Everywhere' and the warm acoustic resignation of 'Better When You're Not Alone.' The album's cover logo resembles a 45 rpm record insert.