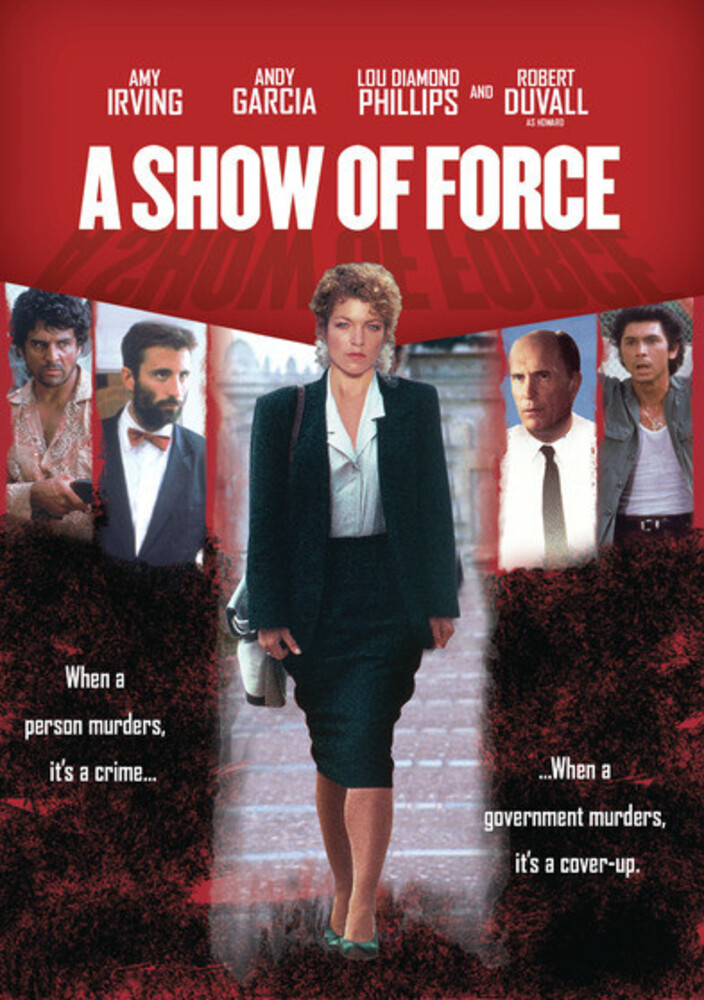 BACK ON DVD! When a person murders, it's a crime. When a government murders, it's a cover-up. A crusading TV journalist (Amy Irving - Yentl, Traffic) is on to the biggest story of her career... if she lives to tell it. Irving, Andy Garcia, Lou Diamond Phillips and Robert Duvall join forces for A Show of Force, a taut political thriller based on one of the biggest scandals in Puerto Rican history: the brutal 1987 killing of two young men at a mountaintop broadcast tower. Were they terrorists, as the government claims' Or were they student activists lured to their deaths by the FBI' A Show of Force travels a treacherous path of lies and violence to find an answer.